The China to Africa trade network continues to grow.

The past decade has seen the growth of a strong trade network between China and Africa. China  is well known and  recognised worldwide for its advancement in technology  whilst Africa is popular for production is different sectors for example agriculture and mining. Since Africans want to produce more and more to satisfy its export market and also satisfy its growing population ,Africa now has to use the most efficient machinery  in its production processes.This creates a good opportunity for manufacturers in China provided their machinery is of good quality and is efficient.Below is a chart to show how China to Africa trade has grown over the years.

The growth in the production of maize and wheat creates a worldwide opportunity to milling companies in Africa and other continents .

Recent years have also seen  the co-operation of Africa and China .These has been symbolised by the visits among African nations’ presidents and the Chinese president.

This development has provided Shijiazhuang Hongdefa Machinery.CO.LTD with endless possibilities as our business trade network is growing all over Africa as well.We now have over 30 years of experience in the milling  market and we have now supplied over 10 African countries with maize, wheat and corn mill.As production of wheat and maize grows in Africa our mills’ capacity also grows.Currently we have installed a 500tonne/24hr corn mill in South Africa. We provide the best quality of mills that are designed using the best technology from Europe ,China and Africa combined.

Shijiazhuang Hongdefa Machinery is there to provide the whole of Africa with maize , wheat and corn mills. Wherever in  Africa you are do not be left out as the China to africa trade grows get your maize ,wheat or corn mill too. Find out more on www.maizewheatmill.org or email maizewheatmill@gmail.com .You can also call or whatsapp +8613833461840 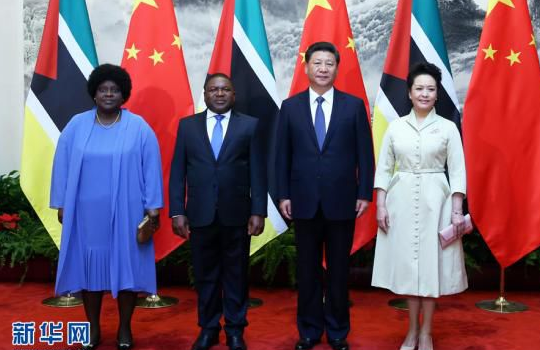 The new relationship between Mozambique and China

The opportunity for Shijiazhuang Hongdefa Machinery

On May.18, 2016 Mr.Xi Jinping and his Mozambican counterpart, Filipe Jacinto Nyusi, decided to lift the relationship between the two countries to a comprehensive strategic cooperative partnership. That is really a very good news for all of the Chinese companies who has business with Mozambique, like our company–Hongdefa Machinery company (for maize milling machine and wheat mill machine export).

We will seize this opportunity to expand our cooperation with Mozambique client and provide best service for our maize milling machines.

If anyone who would like to know more about our maize mill machine and discuss the cooperation with this business, feel free to contact with us.